For some reason all this time I'd never been all that interested in creating my own frankenpolishes, but lately that's kind of changed. I've been more and more intrigued by all the amazing indie polishes out there, and the whole idea of creating your own polishes! But the money and amount of research and supplies that need to go into making polishes from scratch, not to mention it being more difficult to get that stuff in Canada, kept me away. So I started thinking more about the idea of frankenpolishes - for those who don't know, it's mixing together different store bought polishes to create your own new shade.

Then this weekend I saw this beautiful franken on tales about nails and it really inspired me to try some frankening of my own, finally! So without further ado, here's my little creation! 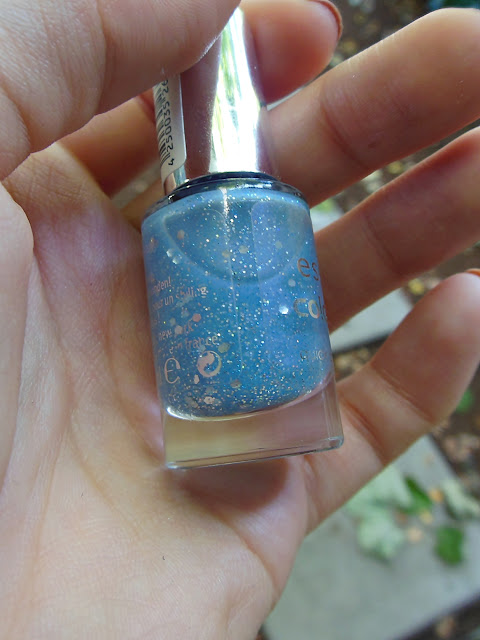 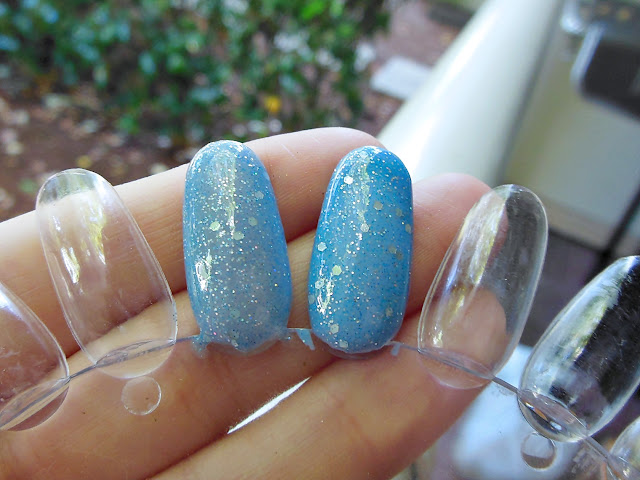 The left swatch is three coats of the franken alone, the right swatch is two coats of it over one coat of Revlon Dreamer. It turned out being almost the same colour as Dreamer, which wasn't planned - Dreamer isn't even in the franken at all! I made it with a roughly 3/4 full bottle of clear Essence polish, then added five polishes - a sky/baby blue creme and a cool toned medium purple creme to create the sheer base colour, and then a holo-iridescent microglitter, bright blue microglitter, and polish that was a mixture of silver microglitter and hex. Here's a close up so you can see all the types of glitter a little better. 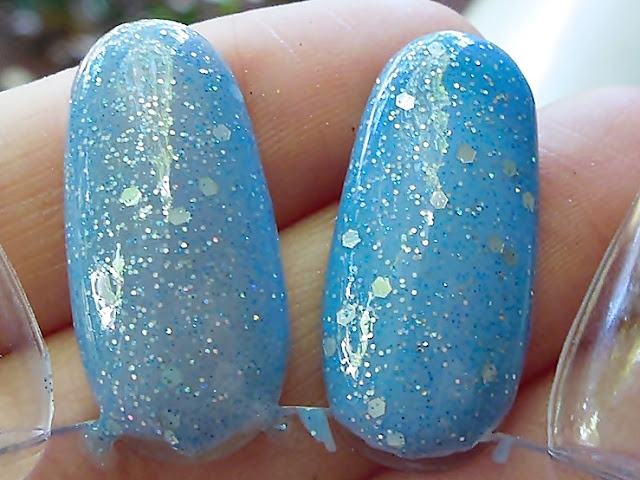 I have no idea what to name it though, any suggestions for me?
Posted by Kayleigh at 16:35