Just a quick one today! I wore these nails to pair with my Halloween costume this past weekend, which was a black devil costume - just a simple horns headband and a tail and I wore all black. Cute and simple and these nails gave it a little bit of colour! Not the best picture but it was cloudy and early and I was in a rush! 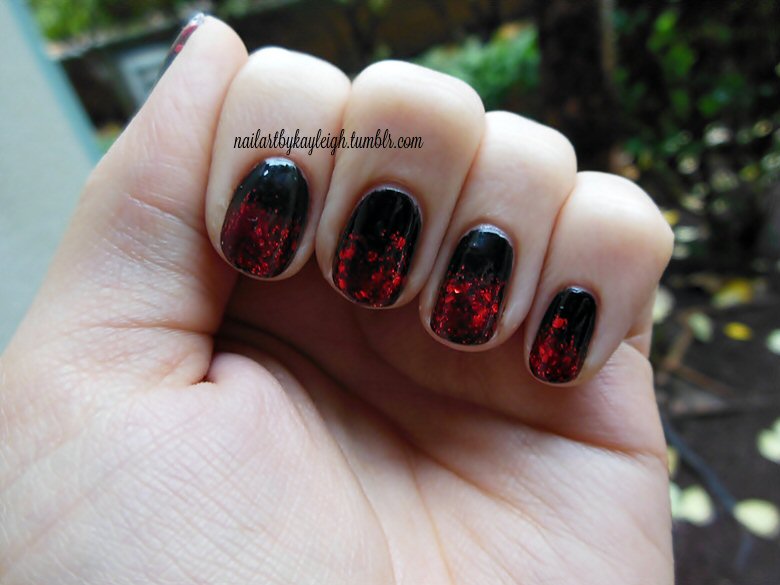 I used a few colours in this - basic black obviously, Sally Hansen Xtreme Wear in Black Out. Then for the reds I used Illamasqua Scarab, Revlon Cherry Crush, and LA Girl Glitter Addict in Animate.
Posted by Kayleigh at 14:43 5 comments:

Got another really Halloween themed one here! I looove how this turned out! The fangs were actually a lot easier than I thought they would be, but I still didn't want to attempt it with my left hand as I was feeling lazy, so my right hand is stripes in the same colours! I like how it all looks together! 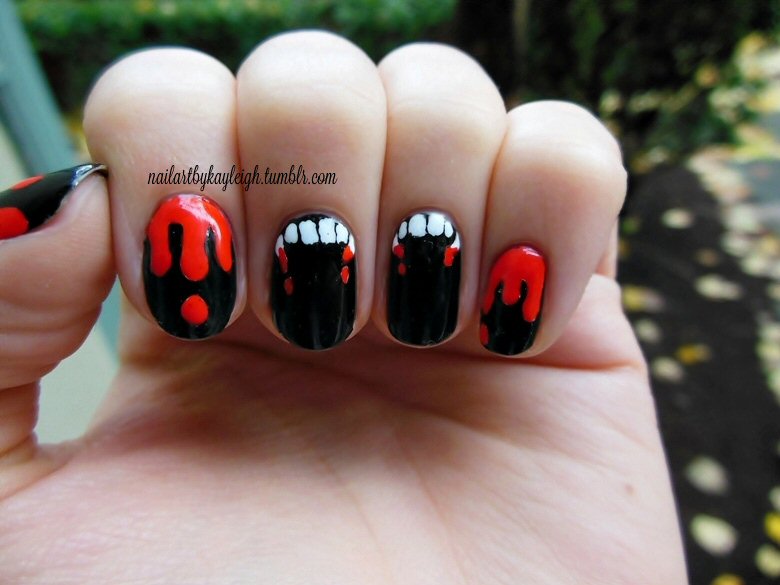 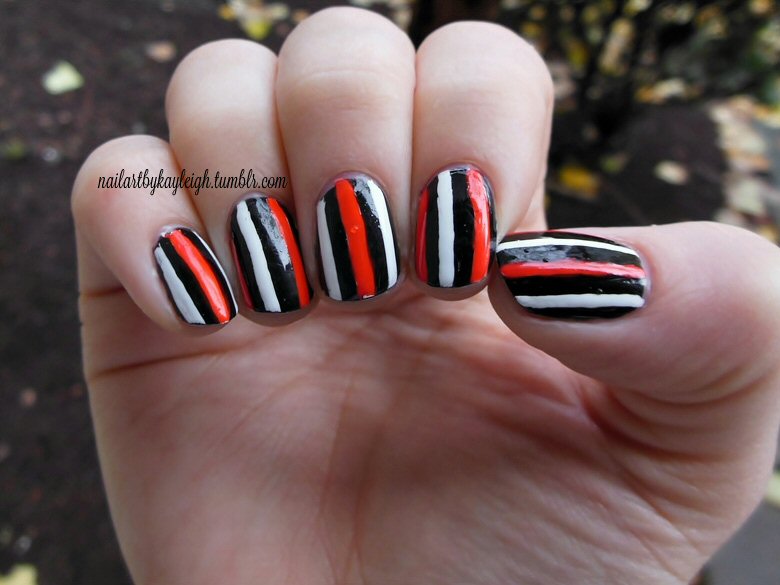 I'll probably have time to fit in one more manicure before Halloween, and I'm going as a devil (but in black instead of red) for a Halloween party this weekend so it has to work with that costume. I'm thinking something like a really vampy black and shimmery red gradient mani. Can't wait!

Anyone else trying to work their nail art in to their costume this year?
Posted by Kayleigh at 15:39 No comments:

More Halloween manicure goodness! I really loved CutePolish's apple manicure which I recreated last month, and it got a great response. Not surprising because it's such an adorable design!

I was brainstorming for Halloween mani ideas, and it occured to me how perfect that manicure was for adapting to Halloween! Instead of apples, I drew pumpkins! The ones on my ring fingers have made it to the jack o' lantern phase, but the rest are just plain and simple gourds. :)

I love how these look, they're so cute and perfect for the season! Hope you enjoy them too! 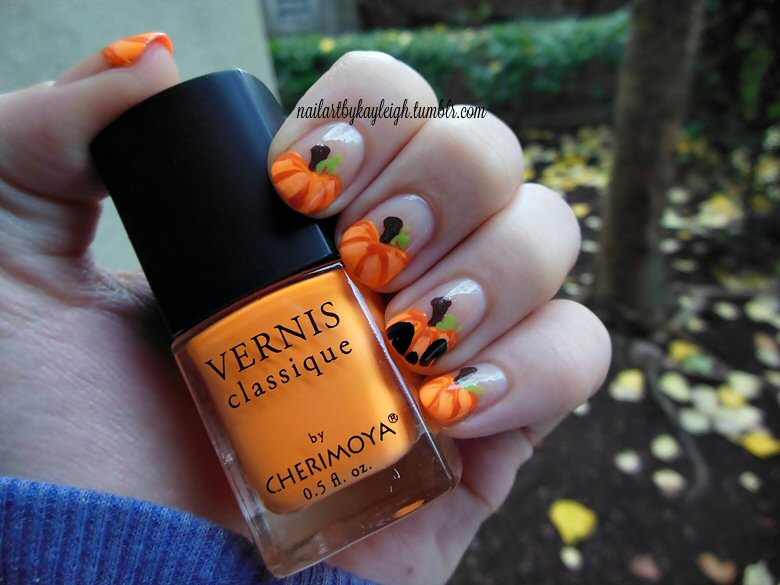 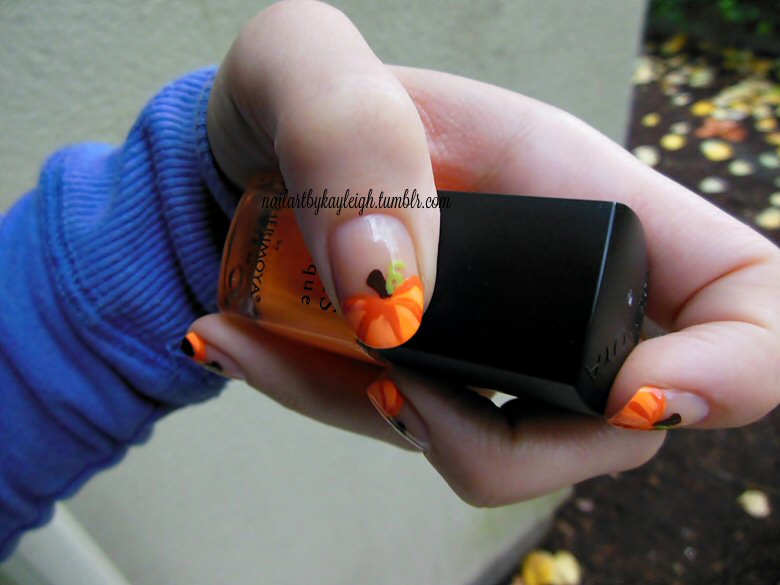 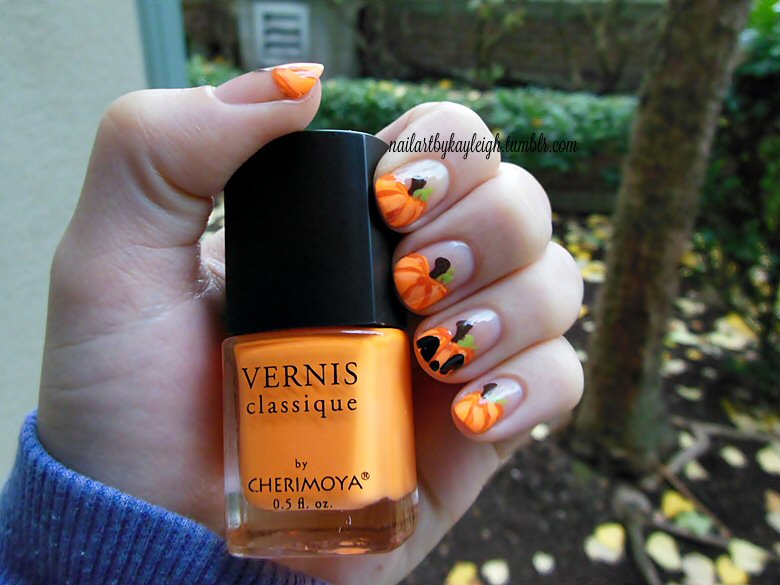 Wheee!! My long awaited package from Born Pretty Store is finally here! I ordered this quite a while back but it apparently got lost in the mail, but BPS were awesome and resent it to me as soon as I reported it! Now it's here in my grubby little hands... I got a few things but the first one I decided to use was my square studs!

I chose the 2mm gold ones, and here's a quick and simple design I did using them. 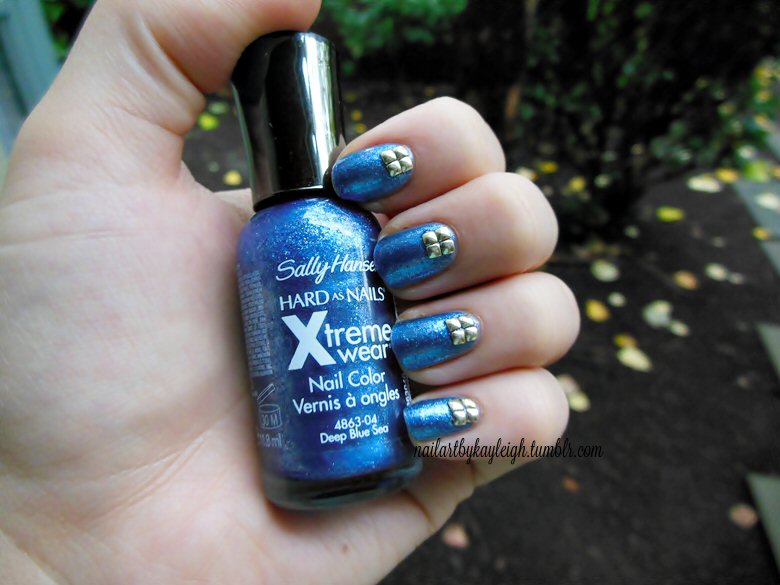 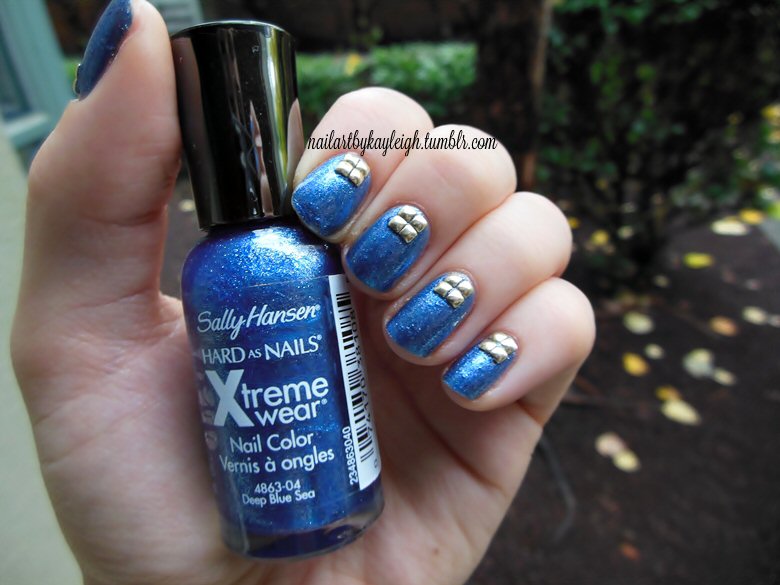 This polish is one I don't use enough, it really is nice. It looks semi-sheer with one coat so it's good for layering, but two coats (like here) makes it opaque. And it's just sooo pretty to look at!

Abstract designs can be a lot of fun, but they're kind of a pain to come up with a name for! I wanted to start getting into some Halloween-y type designs, and when I did this I only had time for something quick so I went with something abstract in Halloween colours of orange, black and white! When in doubt, pull out your dotting tools! 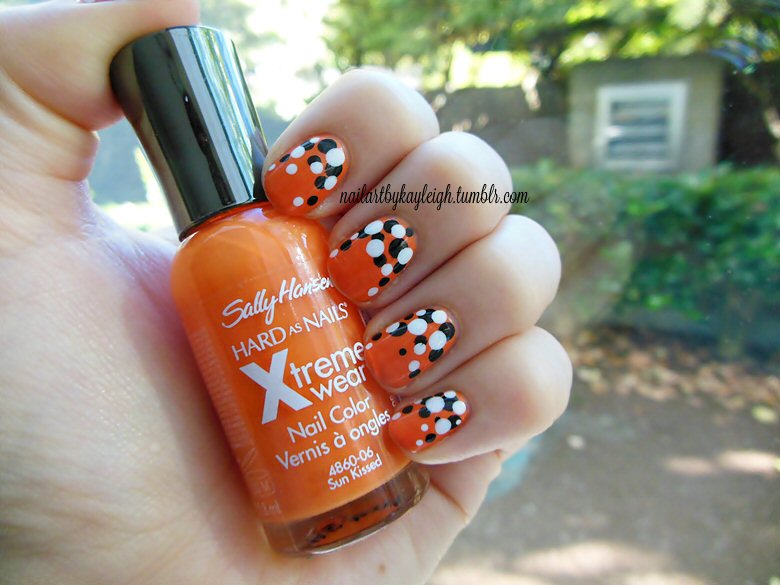 Hey everyone! I had an idea for something new I wanted to do with the blog tonight. I know many other blogs probably do this in some form or another but I hadn't really tried it myself. The internet is an indispensable tool for those who love nail art. I think I could safely say there isn't one person who is really into nail art who doesn't owe tons of their inspiration to the internet nail art community and all the lovely people that make it up.

Ideas and inspiration are very fluid - sometimes you directly and purposely take inspiration from a manicure you see and recreate it, sometimes it gives you an idea that branches off into another one, and sometimes you don't even realize how heavily influenced you were by another manicure you saw until you see the original one again later. I've definitely had times (often!) where I thought of an idea for a mani, and then later noticed that it looked a lot like a mani I'd seen online before, but when I was creating it I was totally unaware of that. That's just how inspiration works, and I don't know about you but I love that!

So in the spirit of giving credit where credit is due, I want to start a weekly tradition on my blog of recognizing manicures I have seen and LOVED! The number of nail blogs and Tumblrs I follow is approaching embarrassing proportions, so I have lots of source material.

So without any further ado, let's dive right into this weeks manicure! 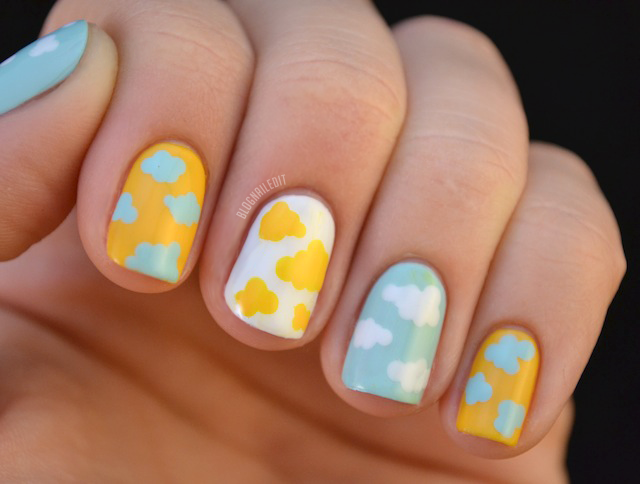 The Happy Little Clouds manicure by Nailed It really caught my attention this week. It's a perfect example of how a simple manicure can really have a ton of impact. I love the colours she chose, and how each nail has different coloured clouds and sky. It just really stood out to me and I think if I wore this on my own nails, it would be one of the manicures I wouldn't be able to stop staring at. I adore it!
Posted by Kayleigh at 19:43 No comments: