This could be termed the lazy woman's galaxy manicure as well! I just wanted to test out the new polish I picked up at Shoppers Drug Mart, Essence Chic Reloaded. In the bottle it is dark shimmery reddish purple with a little bit of greenish duochrome. The green doesn't translate onto the nail from what I can see, but the reddish-purple looks so cool on the nails I'm not even mad! It's shimmery but dark enough to be kind of vampy, but it doesn't stray into that so dark you need a spotlight on it to tell whether it's black or not kind of territory.

But I can never seem to leave well enough alone, so I had to add something - glitter! I used Wet n' Wild Kaleidoscope, which looks like a dark silver glitter but on the nails a lot of the pieces flash rainbow colours, and it's all various sizes of smaller glitter. These were hard to stop staring at! 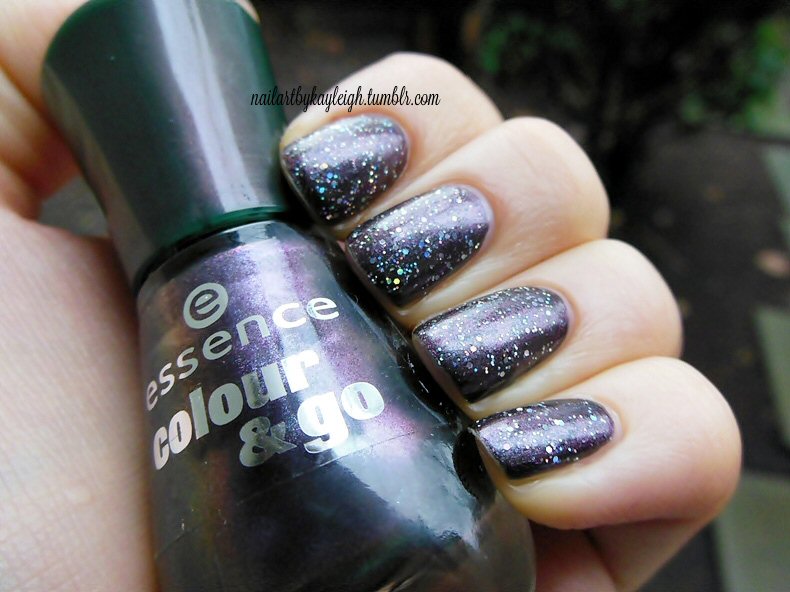 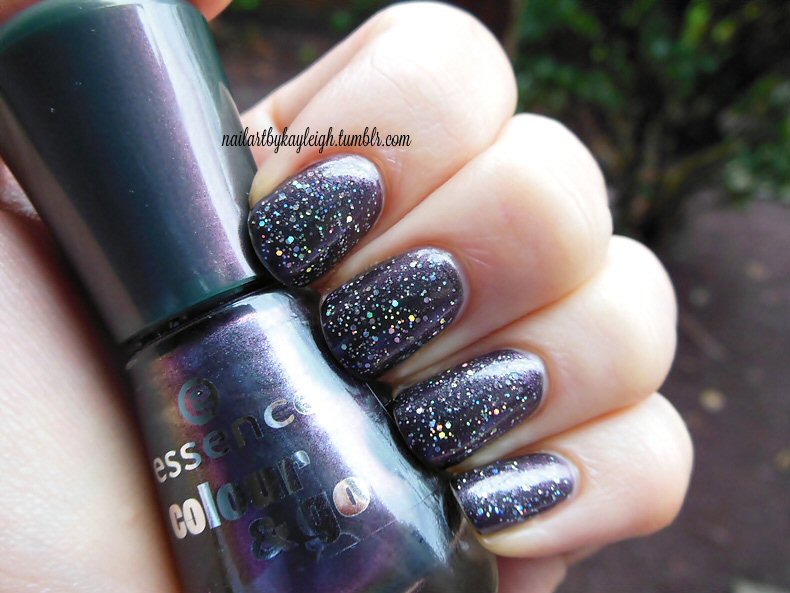 In other news, I wanted to share the happy announcement that I will shortly be starting a new job! I took a course in the fall to qualify for my level 1 insurance broker/adjuster's license, and I just got a job at a brokerage! The start of a new job is always exciting, and the start of a new career is even moreso! :D