Sort of a fall inspired design, some cute little owls! I created these using those paper sticker hole reinforcements and I have to say, not a technique I'm eager to try again. Everyone raves about those but they just do not work well for me... I think my nail bed is a little too curved or something, because they stick fine to the middle of my nail but lift away from the sides and then the polish just bleeds under. I tried so many ways and it's literally impossible to make them lay flat on my nail bed. I had to go back and correct most of them with a brush! Too bad too, in theory I like the idea but on my nails it just doesn't wanna happen! 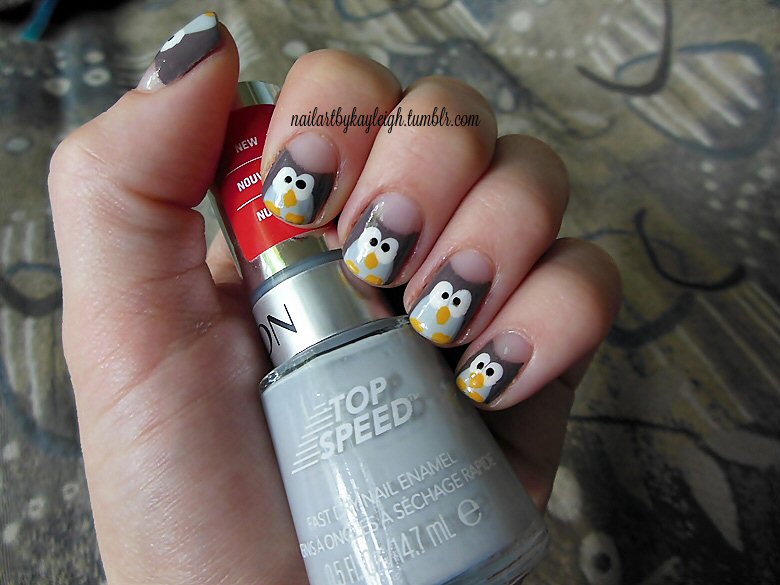 The brown shade is Revlon Stormy, the pale dove grey is Revlon Cloud, and the beaks and feet are OPI The "It" Color. And of course there's black and white which don't really need mentions. 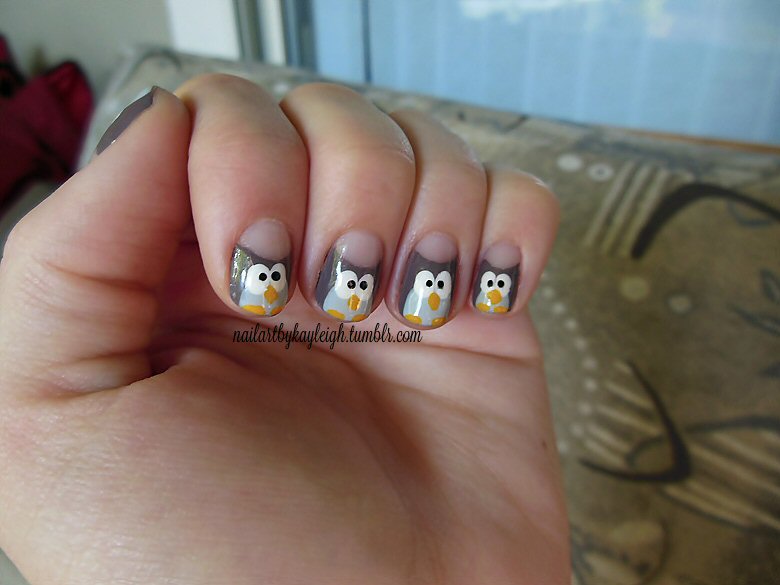 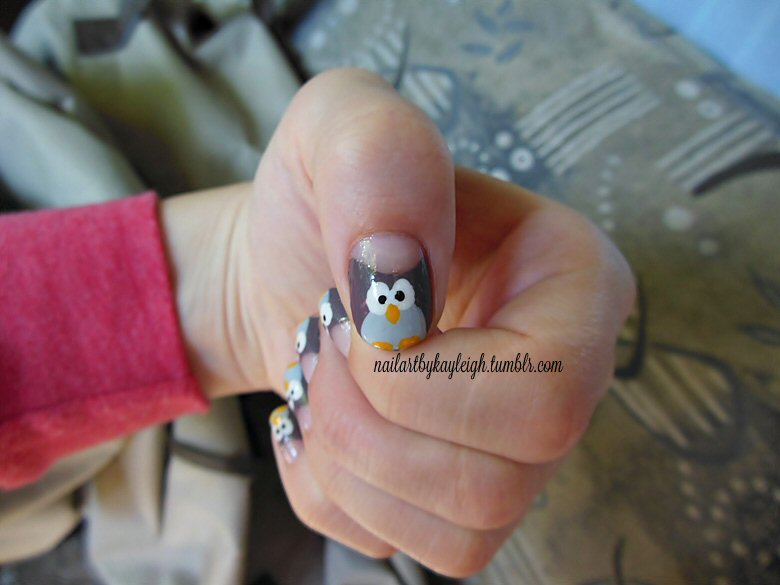 Regardless of issues with the hole reinforcements, I love how these little cuties turned out! I was inspired by some cute owl artwork I'd seen in a craft pin in Pinterest. Which, by the way, is my new obsession. I know I'm a little late on that train but whatever, I let all the good stuff build up on there before I got into it! I've been pinning tons of recipes, a few of which I've made. And also lots of decorating and DIY stuff... I started decorating my place for Halloween much earlier than usual and so far I'm loving it! 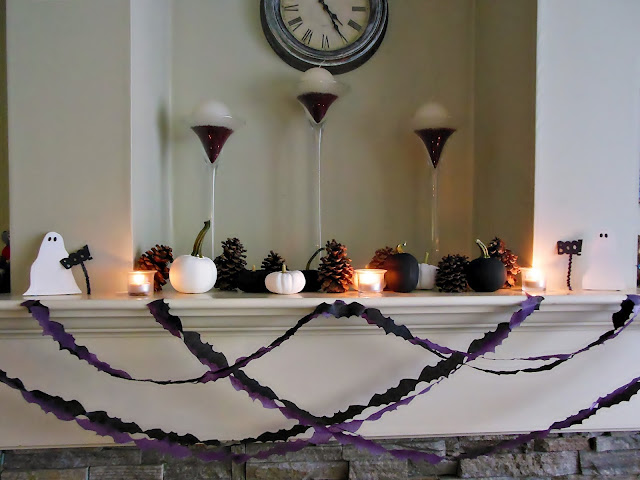 This is my mantle... mini and peewee pumpkins painted with black and white acrylic paint, some pinecones, candles (cinnamon scented!) and little cutout ghosts and "Boo!" signs! And of course and awesome DIY bat garland. Love it! I want to do a bit more with this but it's a good start! 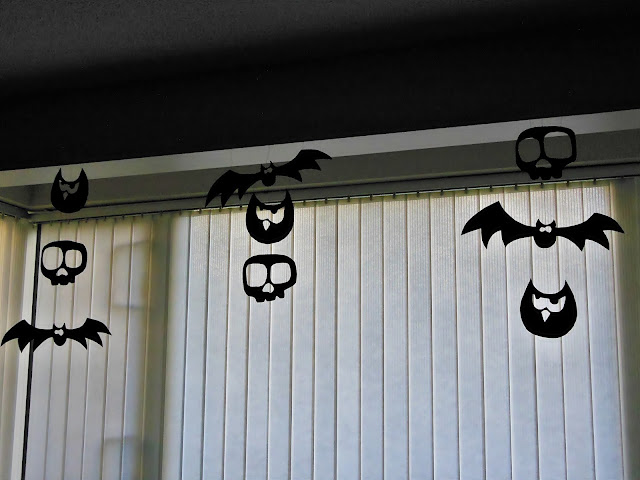 Bat, owl and skull cutouts over the couch! I also want to add something else here, maybe some ghosts in between.
Posted by Kayleigh at 14:38