This one was inspired by fair isle patterns! They're everywhere this season and I'm loving them, and although they aren't the easiest thing to translate to nails I had to do it! I'm thinking of painting patterns like this onto some fake nail sets and wearing those, because they're a lot longer than my own nails (which just DO NOT like to grow!) and I could fit a lot more of a pattern onto them!

In the meantime though, here's my little nubbins in their fair isle patterns! 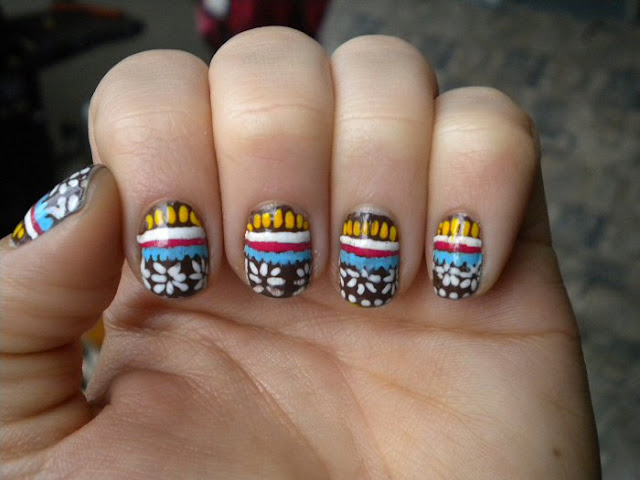