This is the time of year where getting good pictures of my nails becomes very hard! It's almost always grey and/or rainy here now, so the lighting is never great! These look about a million times cooler in person but oh well, not much you can do! 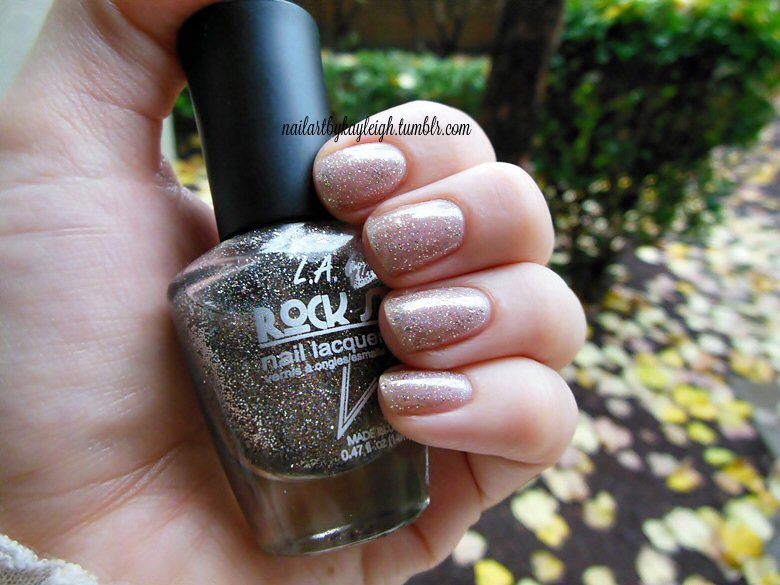 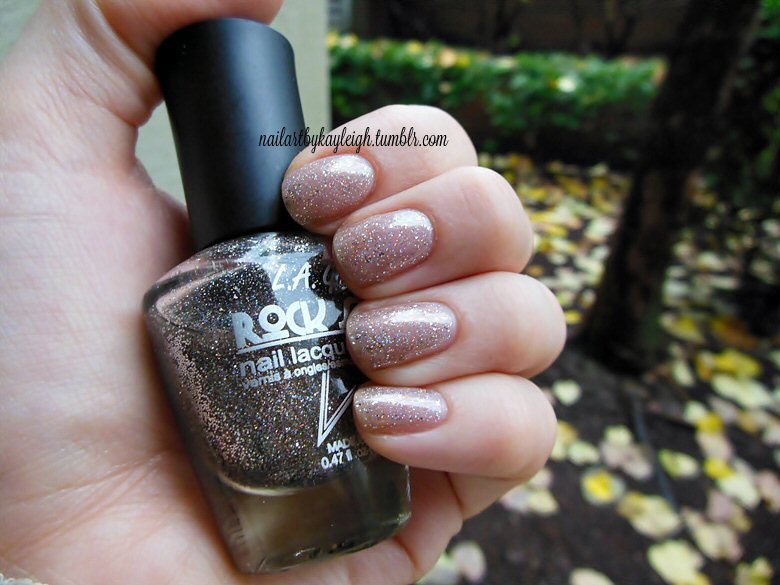 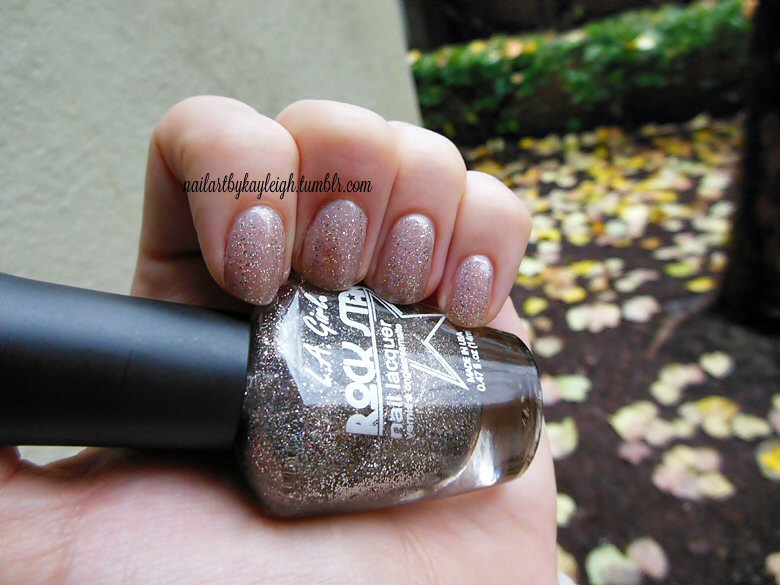 I started out with a couple coats of Essence in Sweet as Candy which is a really sheer baby pink. Then I added a couple coats of the LA Girl Rock Star Lacquer in Double Platinum. It's hard to tell in this pic but in real life Double Platinum's base is lightly tinted kind of grey/beige-ish, so my nails look like they're a warm grey/beige shade with tiny silver and iridescent sparkles. They have a lot more dimension in person - the lack of light made it hard to capture that aspect of them. I really like these even though they're so simple! Life has been a little busy lately so I haven't had as much time for more complicated nail art. I do want to do something a little more elaborate very soon though!
Posted by Kayleigh at 09:56